First, December 9th 2022, from 8am-6pm an 8-hour virtual summit will launch the new App which cojoins two decades of modernization with technical solutions for businesses and talents to gain access to top influencers, going to the ezwayawards.com

Throughout the multiverse of mergers and acquisitions companies like Apple and Amazon have thrived where others have failed. However, eZWay Broadcasting’s CEO, Eric Zuley, also referred to as the “Digital Dick Clark” has stayed the course of this digital millennium and grown his platform to dizzying heights. Now it’s time to really spread the wealth with the Third Annual eZWay Wall of Fame Golden Gala.

An epic two-day event will launch and reveal to the world immeasurable game-changing opportunities that will transform the lives of the many who will participate and tune in. There will be an App launch that encompasses over twenty years of innovation, and the 3rd annual star-studded eZWay Wall of Fame Golden Gala Awards Show extravaganza that gets bigger and better every year.

First, on December 9th, 2022, from 8 am-6 pm an 8-hour virtual summit will launch the new App which cojoins two decades of modernization with technical solutions for businesses and talents to gain access to top influencers, elite business solutions, and the ability to connect with service providers, speakers, entrepreneurs, CEO’s, and celebrities from around the world at the touch of a button.

This year the event will take place from 5 pm-8 pm PST, then there will be an interactive networking party that will be from 8 pm-11 pm PST.

The interactive networking party takes place in a virtual world metaverse from 8-11 pm PST and will include 4 stages with live performances, dancing, a concert, a meet and greet, and a map with the different venues which you will effectuate with a Virtual Avatar that will simply teleport you to your desired location(s) within the event. I know, cool huh?

There will be a Musical Performance by legendary singer Bootsy Collins of the Parliament Funkadelic, Leroy Butler the singer who brought us “Who Let the Dogs Out!”, a dance performance by electrifying Soul Train dancer Scorpio, a comedy by supermodel, actress Eugenia Kuzminia, award-winning singer John Michael Ferrari and Actress/Singer Kitra Williams (Diary of a Mad Black Woman), C-Tru, a viral sensation for his song “California Party” Feat. Snoop Dogg was Discovered by DMX. You will literally be blown away by the star-studded lineup, which will undoubtedly be a show that goes down in the history books.

Kate Linder – (Young and The Restless)

John Carr – The Frank Shankwitz Everyone Can Be A Hero Award

Brian Willis – Frank Shankwitz Everyone Can Be a Hero Legend Award

Tony Taylor- Affiliate of the Year

Bright Enablele – Businessman of the Year

Thomas Churchill – Filmmaker of the Year

Shyla Day – Influencer of the Year

With the world on edge for transformation, power players are congregating as they understand EZ’s digital mastery. His innate desire to inextricably draw these masterminds together is genius. If you are striving for more influence, connection to greater audiences, and to stand out in your field, then go where the brightest stars are and bask in an array of emulsion by doing it the EZ Way! eZWay stays true to their calling by allowing luminous innovators and talents to shine and collaborate while doing what they love.

JOIN US! Connect with our CEOs and Celebrity Influencers. 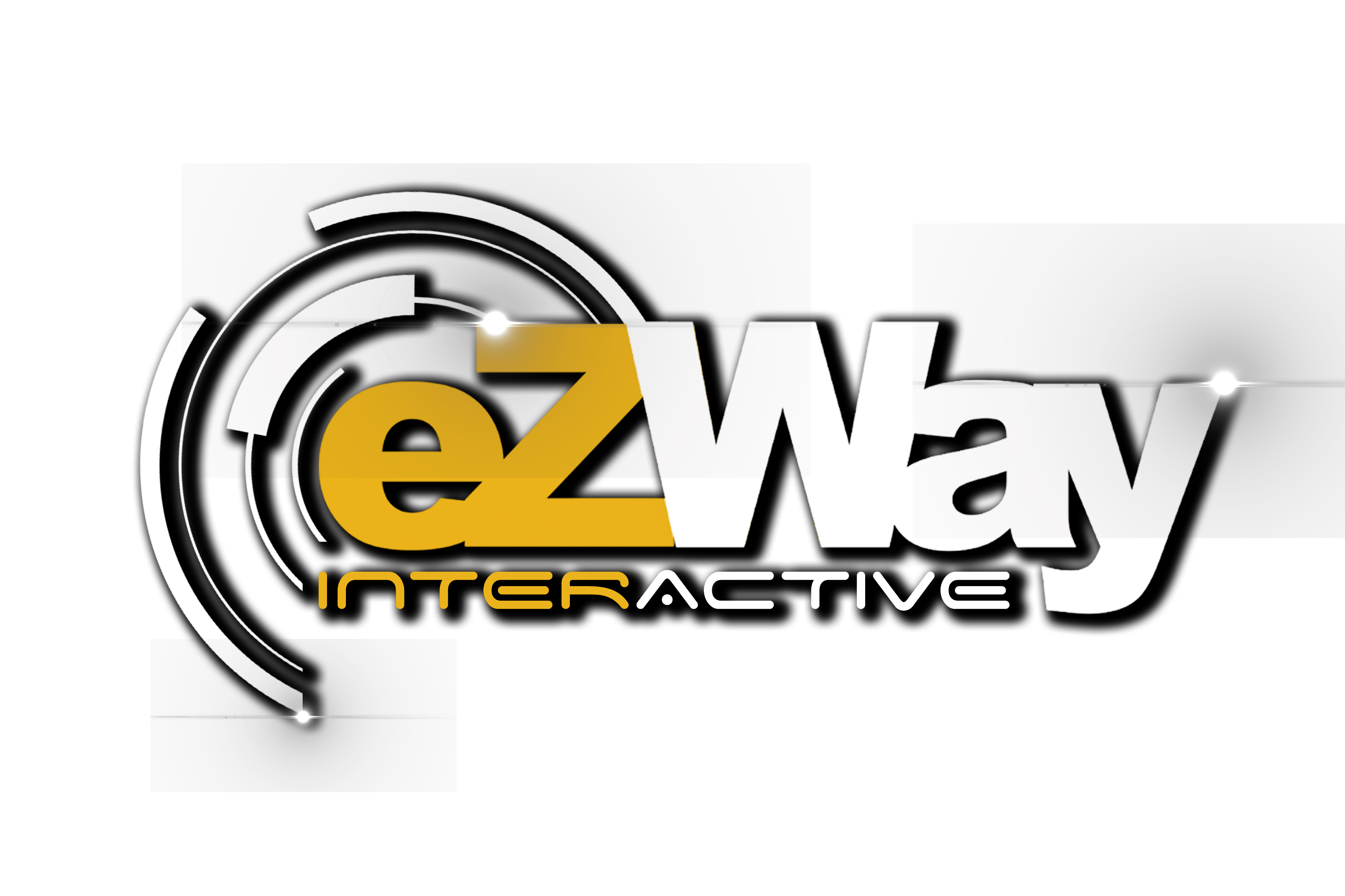 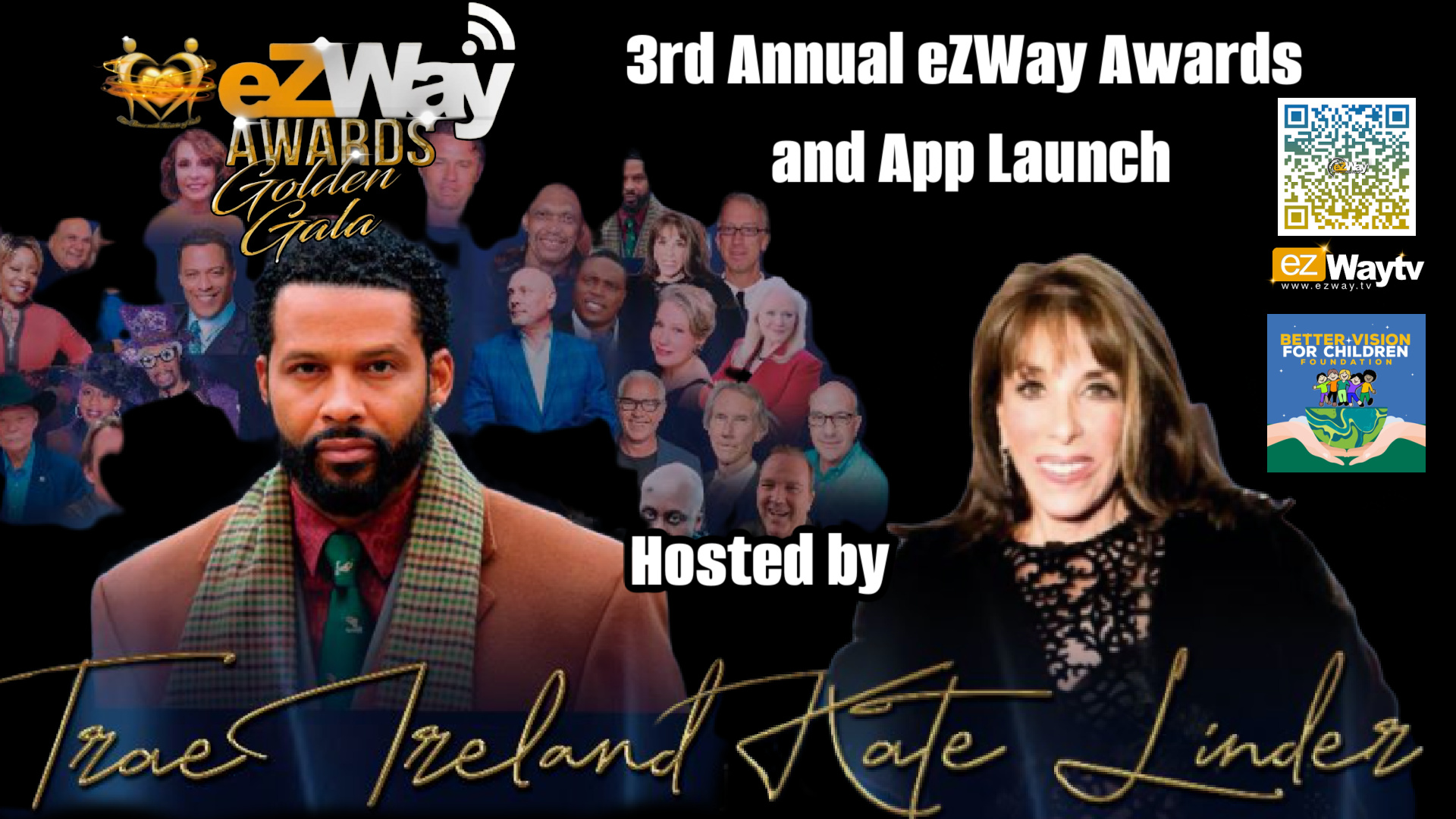 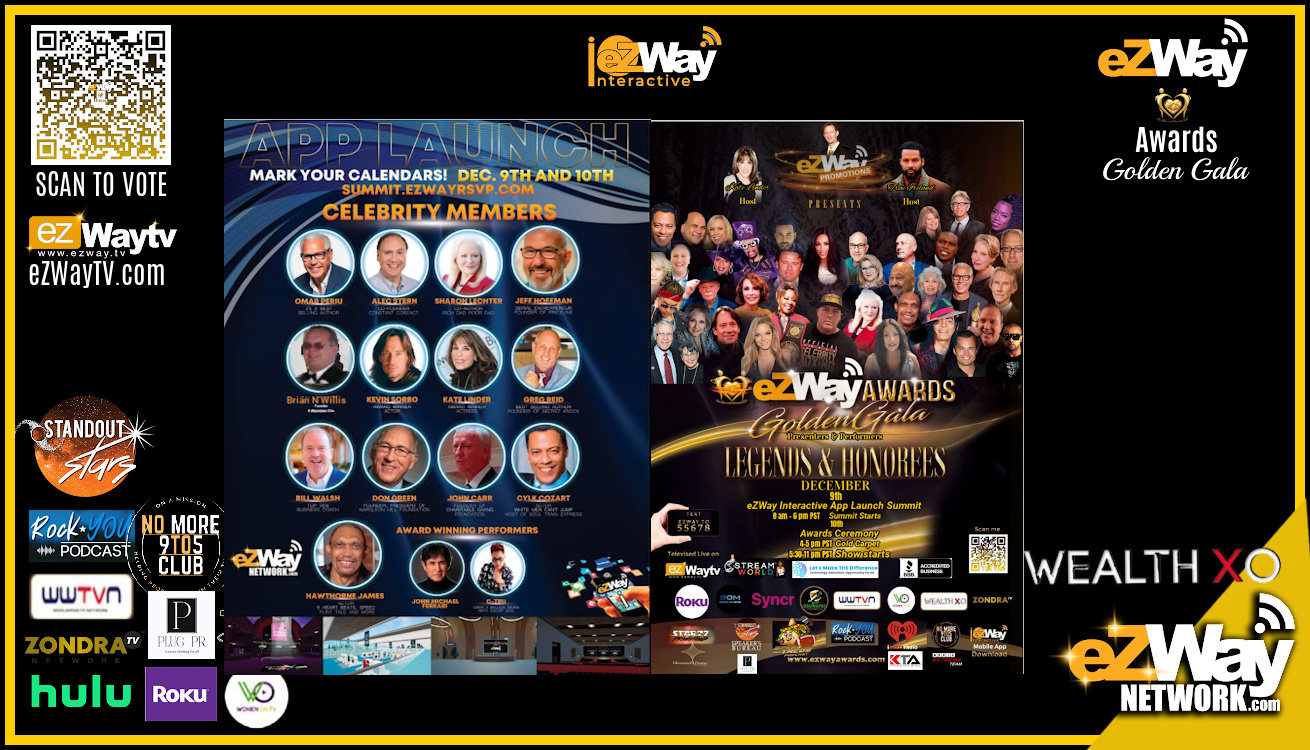